The Worst Thing About Being Detained Is the Uncertainty. 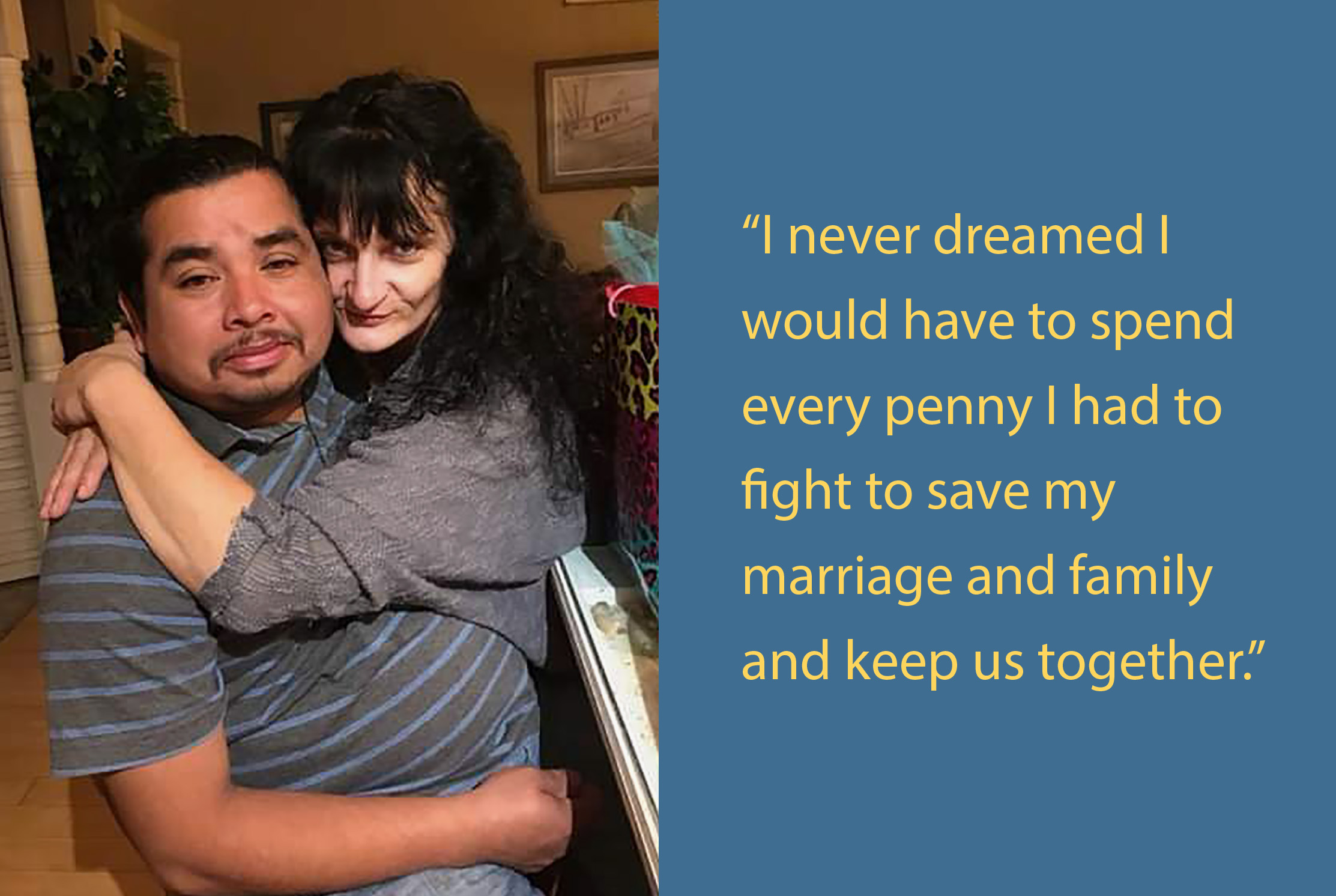 “I never dreamed I would have to spend every penny I had to fight to save my marriage and family and keep us together.”

For a long time, Israel Diaz wasn’t able to talk about his experience in immigration detention at all. It is only now, months after his release, that he can finally discuss it. “It’s so bad,” he said over the phone from Florida, “it’s hard to describe.” Israel spent five months in various detention centers, having been picked up by ICE in Idaho, where he had gone for a contract job. He was ultimately transferred to the Northwest Detention Center in Tacoma. Nothing like that had ever happened to him before, he said, and the experience was extremely traumatic for him. “Nobody is okay. You don’t sleep well, you don’t feel well… it’s very horrible, very ugly…. I don’t think anybody returns from that place.”

But the worst part about being detained is the uncertainty and fear about what will happen next. “I was thinking they would deport me back [to Guatemala], but here I have my wife—I was afraid of going back.”

Israel Diaz is soft spoken and easy-going, while his wife, Michelle Little-Diaz, is fiery and full of determination. Or as she describes them: “Israel is very shy, quiet, and laid back…me on other hand, I’m outgoing and hyper.” When she learned he had been detained, she said she got on the computer and just started Googling, trying to find help. It took a while, but a network of individuals and organizations finally led her to the Fair Fight Bond Fund. By that time, she was out of resources, and in no way could’ve come up with the $10,000 bond for Israel’s release. “The beginning was a nightmare, but after I reached [Fair Fight Bond Fund] it became hopeful…”

Long before Israel’s arrest, the couple had already hired immigration lawyers to make a case for Israel to live legally in the United States. “I spent everything we had on lawyers,” Michelle says. “I was months behind on bills [and] barely had food; had it not been for our friends we would have lost everything…. I never dreamed I would have to spend every penny I had to fight to save my marriage and family and keep us together.”

Israel came to the United States from a small Guatemalan village over a decade ago, hoping to find work and help his family out of poverty in his home country. The journey was long and difficult, he says, and you had nowhere to sleep but out in the open. But he risked it because his family was struggling to make ends meet. The idea, he says, was to stay for five years, then return to Guatemala. But in 2010, he met Michelle through a mutual friend, and his plans changed. Michelle describes the experience: “I never believed in love at first sight or in a soul mate until I met him and our eyes met…. Israel is more than my husband, friend, and soul mate. He is my rock, he completes me.” Israel quickly integrated into Michelle’s life, becoming a part of the family and helping raise Michelle’s daughter. The couple married in a Gulfport, Mississippi courthouse in 2014.

Without the bond fund, they both say they have “no idea” what they would’ve done. “He’d probably still be sitting in detention,” Michelle says.

“But thank God I’m outside,” Israel says, as if that thought is too much to bear. “I’m free.”

Right now, as they put their family back together both financially and emotionally, they are preparing their case to fight deportation in court. Both feel hopeful they’ll win. If not, and Israel is deported to Guatemala, Michelle says it would tear their family apart, putting her in an impossible position of having to choose between her husband and her daughter.

Israel elaborates: “If I have to go back to my country, and [Michelle] goes with me, there is nothing there—there’s no work, nothing…. there’s no life for her there. Her life is here. Our home is here.”